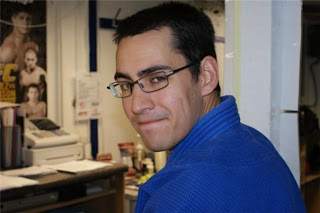 It has been quite some time since I have done any blog writing but Stuart has inspired me to start writing again and he has been kind enough to host me on his blog. My old blog was Tapping like River Dance, which focused on my journey from white to blue belt in BJJ.

I am now mostly training Judo as I couldn’t afford to keep up BJJ, and judo just made sense, as it’s a close cousin and probably the cheapest martial art to train. Due to the BJJ and training for a number of years as a junior in Judo I’ve made relatively quick progress to 2rd kyu. I’ve tried to keep an open mind where possible and I am really enjoying Judo, if possible I would still love to continue my BJJ training in the future. ARBJJ Farnborough has always been very good to me, and it still is. But I can now mostly be found at Guildford Police Judo club, Dorking Judo club and very occasionally Witley and Yoshin Ryu. This multi club approach is itself something that is still abit novel to me, as I’m used to a much more competitive team dynamic, which certainly makes things fun and it does work well with full time clubs. However the vast majority of Judo clubs only run twice or three times a week, so this open and welcome to all approach is a great attitude.


At the moment I am not competing, the plan is to keep fit and build up my repertoire until I gain 1st kyu, then go crazy and get my 100 points. I have medalled as a junior in Judo and as an adult in BJJ so competing isn’t new but I am determined to do well. My judo is abit unconventional; I have a good arm drag to ura nage. Although I’ve stopped using it as much as I think it’s considered a bit of a rude technique for day to day randori. My favoured techniques are a range of sacrifice throws, I feel comfortable with these as messing them up often leads to newaza which I am……….happy with. I am working hard on my other throws but am mostly successful with only the throws above and counters. I have quite good leg grabs which are now illegal in competition, which is a shame but that’s another post.
Posted by Stuart at 10:43