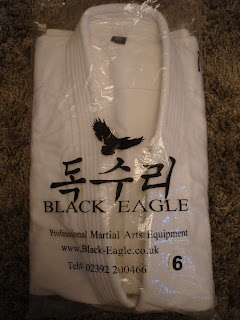 When you first start training in Judo you'll buy whatever gi your local club stocks, which is normally a cheap single weave costing in the region of £20-£30. If you're still training 12 months later you might be thinking about buying a slightly better, heavier gi which won't break the bank and that's where Black Eagle's new Shiai gi fits in the market. Coming in at £59.99 it is double the cost of their entry level single weave but is it twice as good? Well the kind people at Black Eagle sent me one to review and having owned two of Black Eagle's single weave gis in the past I think I'm well placed to make such a judgement.

The two Black Eagle single weave's that I owned had their emblem on one shoulder and on the bottom of the gi pants, which made it stand out from the crowd as per the below.

Unfortunately the Shiai is bereft of any bling whatsoever, which is a shame really.

Straight out of the bag my size 190 gi was a perfect fit in both sleeve and pant length. But I found that it was way to big in the body and a little too long in the skirt. The pants were also quite wide around the waist and around the ankles. 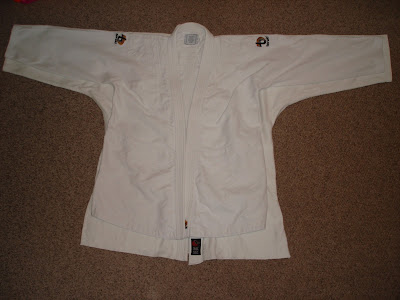 This is my current favourite gi "Toraki Premium" laid on top of the Black Eagle Shiai. You can see that the sleeve lengths are comparable but the Shiai is a lot wider in the chest area and a lot longer in the skirt. 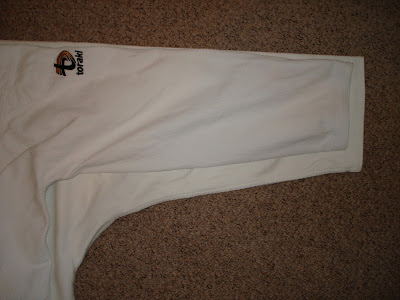 Also note the sleeve width of the Shiai against the Toraki 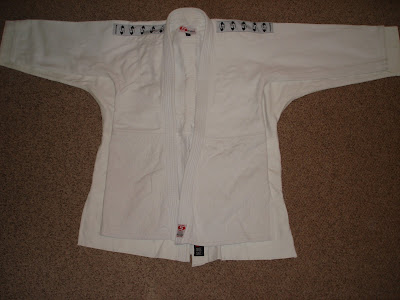 The above pic shows my 185 Shuurai Lite laid on top of the Shiai. Again you can see that the Shiai is a lot longer in the skirt and wider in the body. 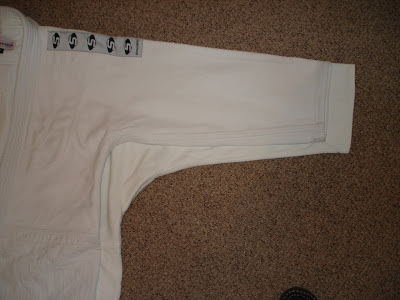 The sleeves of my Shuurai are a tad on the short side, but you can still see how wide the Shiai sleeves are in comparison. 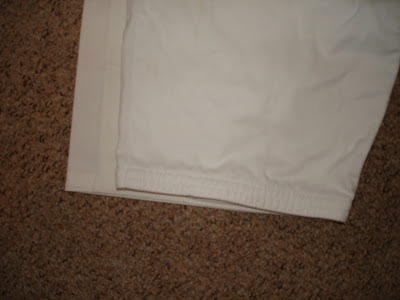 Also note how much wider the pants of the Shiai are against my Toraki Gold pants which are laid on top.

Of course this was all pre-wash so, as the gi was too baggy to even consider wearing to training, I thought i'd chuck it in the washing machine for a couple of washes (30c drip dry) to see what, if any, shrinkage there was. 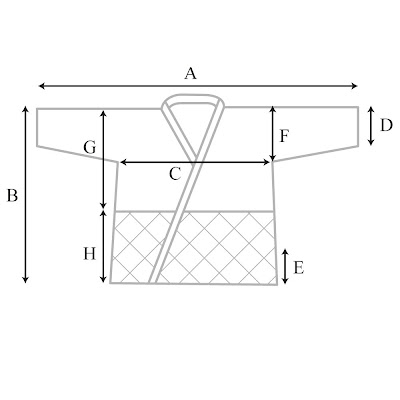 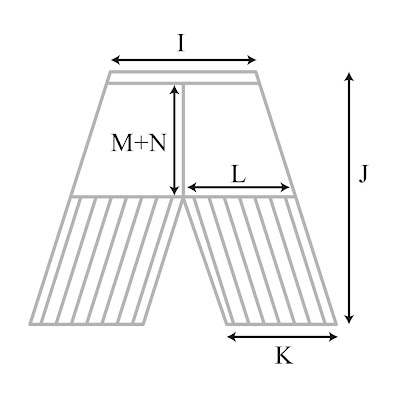 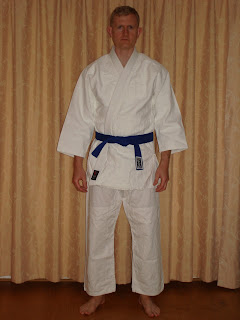 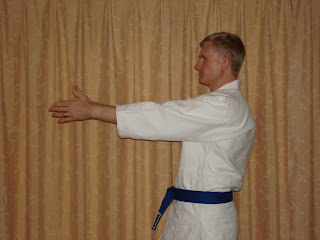 As you can see from the results above the largest shrinkage's occurred in the sleeve and pant length, which for me being tall and long limbed is not very welcome. There has been a small amount of shrinkage in the width of the body making it slightly less baggy but due to the sleeve length it's bordering on the unwearable for me.


For my personal taste I would have liked a little bit more effort put in to the styling but many traditionalists like their gis white with no shoulder flashes or badges whatsoever.


As I mentioned earlier, £30 is what you would expect to pay for an entry level cheap single weave gi and for most beginners this gi will last them a year or two before they decide they want to stick with Judo and reward themselves with a nicer looking & fitting gi. A lot of Judoka who are serious about their training will not think twice about spending upwards of £100 on brands such as Fighting Films & Adidas. However there are now increasingly a number of high end brands who are offering light weight double weaves (650-800 gram) in the £50-£90 range. Blitz have recently reduced the price of their Shuurai Lite from £70+ to £49.99, which puts that in direct comparison with the Shiai, certainly something to consider.

Due to the sleeve shrinkage this gi isn't one that I will be wearing again for training but that's not to say there is anything wrong with it. It's a well-made constructed gi with just the right amount of stiffness at 650 grams to differentiate it from a single weave but not too stiff like those early 1100 gram Blitz Olympians. If I was to describe the cut of this gi i'd say it was a traditional Japanese rather than a European cut which a lot of gi companies across the pond seem to offer. If Black Eagle changed the cut of their gi's or offered a slim fit version the shiai would definitely be one I would put in to my normal gi rotation. To sum up, if you are fairly stocky and not long limbed and like a nice clean traditional looking gi then this gi should be a good fit. If you're tall and lean you'll probably be better off looking elsewhere.


This review represents my own opinions. I consider myself independent and impartial - I am not sponsored by any one company nor do I endorse any one brand.